What can I tell you about Haley.  Well to sum it all up we wanted to give her a registered name of Romar's Hellion but you know the saying "Give a dog a bad Name" so we settled on Romar's Highland Glory.  Haley is a Iona/Cole daughter and decided that she was never going to leave us.  She was the first out of the whelping box and never looked back.  After we moved the puppies down to the familyroom it didn't matter what height the pen she was in she would scale it and prance her way up to our bedroom and for a little puppy that was a long trek.  I hadn't planned on keeping a puppy at this time because of Autumn's and Penny's advanced ages (13 & 16) and thought a puppy might be too much for them but she weedled her way into their hearts by giving them kisses and not jumping up on them.  She does have a bad habit of finding and destroying shoes(latest count is 6), can scale any enclosure in the blink of an eye, has taken to pruning my bushes whether they need it or not and can find a way to get under our deck no matter how many barriers I erect.  I have threatened to sell her to the gypsies but I knew all was lost when the vet remarked to Roland how much she reminded her of Carrie our first beardie.
See Pictures Below - Sheep & Show photos by Rod Vokey
So I guess I better tell you her good points.  She was the pick puppy out of the litter and moves beautifully (that's why she was around so long as I was looking for a show home), but most important she is a little love.  She loves to cuddle, gives great kisses, loves to be brushed and even likes a bath.  She is as smart as a whip and handles with joy our crazy household.
Haley has started on her show career and earned a two point major as a junior puppy.  See Fame She discovered sheep at the herding instinct even going so far as to try and scale the pen to get back to them and she placed 2 in the sweeps and 3rd in the regular classes at the Specialty this month.

I guess she won and is here to stay 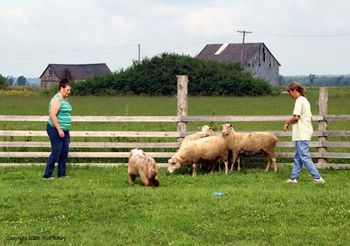 Are these sheep? My grandma Penny has told me all about them. 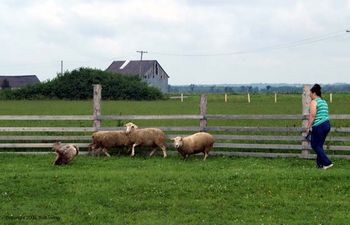 Oh Boy,mom's not saying stop; Let me at them 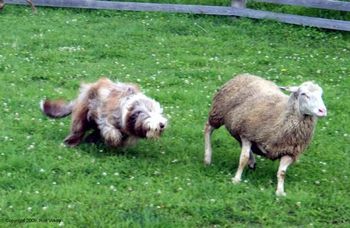 Haley turns on the after burners 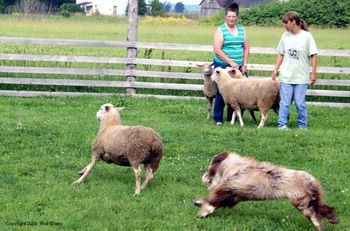 Escape, there's no escape, get back with the group 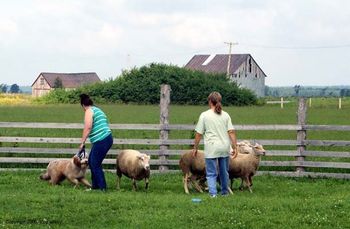 But mom I don't want to stop, I'm just getting the hang of this 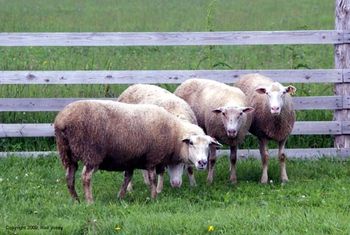 I don't know what it was but let's hope it's gone 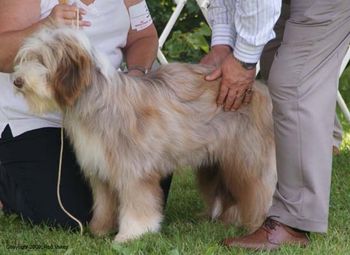 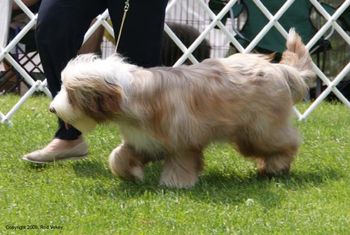 I must remember act like a lady, mom says 4 on the floor 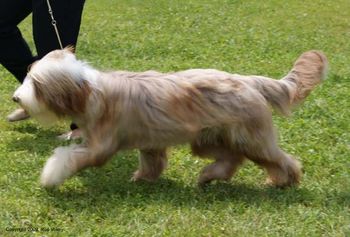 See mom I can be a GOOD girl 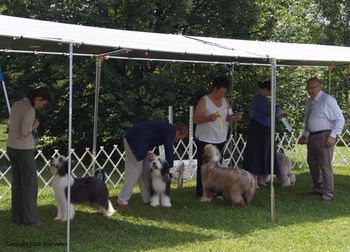